A few years ago, I wrote a post on why I was thankful for those who had taught me what it means to display grit.

The article is mostly autobiographical. I’ve had some great role models to observe as they’ve navigated adversity in their lives.

If you aren’t clear on the term grit, consider it tenacity on steroids.

Grit is that grind-it-out sticktoitiveness in the face of adversity displayed by individuals long on character and short on “I can’t.”

We don’t talk about grit much, although an excellent recent book brought the term into the mainstream.

Yet, grit is THE essential trait I want in my leaders.

I’ve struggled with the idea of how to teach grit, and I’ve labored to model it with my children. I know they understand what grit is. I believe they have grit, but time and their response to adversity will tell.

I believe grit is THE critical character attribute for everyone in a leadership role. After all, we put people in leadership roles to help us navigate adversity, not preside over the easy stuff.

You’re not a leader until you’ve challenged and defeated the status quo.

You’re not a leader until you’ve helped others navigate and overcome adversity.

You’re not a leader until you’ve stood alone, exposed and vulnerable, and taken a stand for a person, a group, a cause, or a direction. That’s leadership grit.

Here are some examples of leadership grit I’ve been grateful to observe.

Grit isn’t an important trait in leaders; it’s THE trait. Model it, hire for it, and support those who display it with all the grit you can muster! 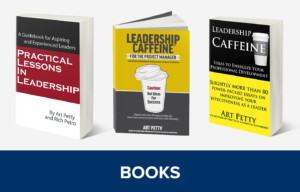