Beware of the Leader Who Demands Loyalty

Loyalty is an odd concept. On the surface, it sounds good. We’re loyal to teams. At least historically, we’ve been loyal to political parties and candidates. However, beware when a leader demands your loyalty. The price of this loyalty may be more than you are willing to pay.

Over the course of three decades, I’ve never met a business leader who demanded loyalty who wasn’t a jerk.  A few were genuinely evil.

There was the executive who overtly indicated to his charges that loyalty to him was non-negotiable. Ironically, it was his demand that people compromise their principles and suppress their ideas that ultimately led to his undoing.

They cheered his firing.

A sales manager discouraged his key team members from sharing too much of what the sales team was doing with others in the organization.

If a deal was lost, it was because of the product. If the pipeline wasn’t full, it was marketing’s fault. Something was always wrong with another part of the organization. Part of being loyal to this leader was making certain to dodge, deflect and then obfuscate.

He was fired as well, undone by his own team’s desire to constructively solve problems instead of falsely support the leader.

It turns out we’re loyal to the uniform, not the individual.

The Real Cost of Your Loyalty:

Here’s what they’re really asking for when they demand your loyalty.

Every demand for loyalty comes complete with its own thinly veiled threat: “…or else.”

It requires you to suspend independent thought and instead, just follow the dictates of the leader.

It is a demand for you to potentially compromise your values in return for membership or position.

When presented with a demand for loyalty, know that it comes at the cost of your integrity.

Real leaders don’t demand or even crave loyalty. Unless of course, they define loyalty as individuals having the self-confidence to stand up and offer their ideas and approaches as a means of improving over current conditions.

Effective leaders understand that loyalty is not a goal. Many are even uncomfortable with it as an outcome.

They do appropriately expect support.

Support for decisions, but even this is not blind. Effective leaders expect team members to wholeheartedly support a final decision. They also expect them to identify problems and offer ideas to improve execution.

Loyalty runs in the other direction as well. The leader owes loyalty to her teams and team members as long as they are striving, learning, executing and improving.

She owes loyalty to those who fail as long as they learn and improve.

She owes loyalty in the form of of coaching, constructive feedback, and sometimes tough love.

However, even this leader-follower loyalty has limits. Sometimes, the only option left for the leader is to let a person go.

Ironically, if you don’t demand loyalty and you lead effectively, you gain loyalty. And this, of course, is and should be uncomfortable for you. Use it sparingly and carefully. And if you encounter a leader demanding your loyalty, run, don’t walk in the opposite direction. 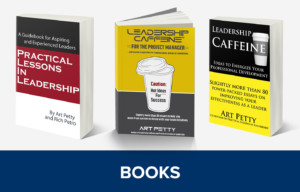