“When we are stressed, our brain downshifts.” Peter Senge

As you climb the ladder in your career, you inevitably encounter situations where a colleague disagrees with your ideas or approaches. For high-stakes topics involving strategy and investments, you’re in competition with others for attention and resources, and not everyone wants you to win. When faced with a direct or passive-aggressive attack on your ideas and character, your response speaks volumes about your maturity and leadership to everyone involved. Learn to navigate meeting room confrontations with diplomacy, grace, and a good bit of psychology, and you will go far. 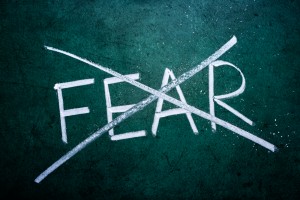 This article offers a strategy for successfully turning a meeting room confrontation into a significant career victory.

First, Know that You’re Fighting Nature More than Your Adversary:

For all sorts of good reasons, we’re wired as humans to quickly recognize dangerous situations and respond accordingly. Our brains shift precious resources away from the slower, smaller processing center and trigger a flood of chemicals preparing us for fight or flight. Drunk with adrenaline, we’re apt to either lash out or look for the first exit, including shrinking and withdrawing.

When faced with a meeting room confrontation it’s essential for you to interrupt the brain’s natural process and effectively retain your wits. Dr. Mark Goulston, writing in Just Listen, suggests we run through a simple mantra that allows us to derail the amygdala hijack and maintain our presence of mind. I’ve adapted his fabulous ideas for my use with clients in these spontaneous challenging conversations. (Also, see my article: Fear, Self-Confidence, and Challenging Conversations.)

A Real-Time Reboot to Keep Your Wits About You:

After responding to the shock, vocalize (internally) your acceptance: “OK, I’m in it now.”

From acceptance, assume ownership: “This is mine. I’ve got it.”

From ownership, offer an idea or to gain processing time, ask clarifying questions. “Here’s what I’m hearing… , is this right” An alternative, “Here’s what I think I am hearing. Is this correct?”

The deliberate move from recognition to acceptance to ownership to action is often enough to regain or retain control of your logic center and stop the flood of chemicals that might find you flying or fighting. Tagging on a question gives you more time to discover motive and think through options. 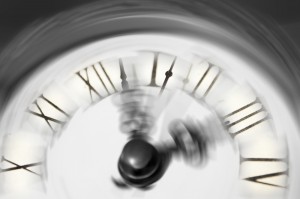 Learning to simultaneously relax your body by letting your arms fall to your sides versus folding them or waving them menacingly, is helpful. Some of my clients find it helpful to look away from the source of the verbal assault and focus on the reboot while breathing.

Your goal is to gain a few precious seconds and work your reboot process. Time is a funny thing in these settings. Everyone else is processing, and no one will think less of you for taking time to compose your thoughts.

In a recent program on challenging conversations, I provided the following real scenario as described by a coaching client and several others present in this situation. I took liberties to create the narrative. And all names are fictitious.

Amy had just finished her presentation to top management on a new business investment idea for her division. In her mind and judging by the body language and heads nodding in the room, it had gone according to her advance plan. Everyone except her counterpart in another division, Rob, seemed to be interested in the idea.

While everyone else was engaged, Rob seemed to be sitting on his hands. He would not make eye contact with Amy, and his body language was closed and defensive.

The backstory: Rob and Amy had joined the firm at the same time and ended up on similar tracks until Amy’s recent promotion to director level. Rob’s response at the time was less than gracious. He believed in his words that, “he had been overlooked.”

The questions the meeting participants were asked were great, and it appeared as if Amy’s pre-event message mapping work was paying off. Just as Amy thought the session would come to a successful close, Rob interjected: “Amy, I have a question. What makes you think the results from this idea will be any better than that disastrous program you and your team presided over last year?”

Amy did not expect this type of a verbal attack and for a split second, panic set in.

Amy recognized the “challenge” from Rob and immediately went into her reboot. While her instinct was to tense up and then verbally rip his head off for this aggressive tactic, she knew that her response would determine the fate of her proposal.

She also focused on relaxing her posture. Instead of glowering at Rob, she relaxed her facial muscles, made certain her arms were comfortably at her side and momentarily looked at the ceiling and then back at her audience, but not directly at Rob.

“Rob, thanks for raising this issue. As everyone recalls, we spent a good deal of time with this group looking at the challenges and risks we encountered with that project. It was humbling. However, the changes we made…with some great input from your team, Rob, have helped us navigate even more difficult challenges since that time. The team is experienced, successful and eminently capable and prepared to succeed with this initiative.”

The CEO jumped in with: “Rob, Amy’s right. We learned our lessons, and it’s time to put that project in our past. I can vouch for how well Amy’s team has performed since that initiative.”

The meeting adjourned after management gave Amy the go-ahead.

Personally, I think her handling of the situation was masterful. I believe I might have immediately counter-attacked, and once you respond with verbal force, the chemicals kick-in and logic takes a timeout. Here are seven key takeaways:

I’m almost embarrassed to admit how many times I didn’t handle situations as effectively as my coaching client, Amy. Nonetheless, I learned, and so can you. When faced with a spontaneous challenging conversation, your first order of business is to control your emotions, fight-off your instincts, and then navigate forward, striving to use the attacker’s energy to your advantage.