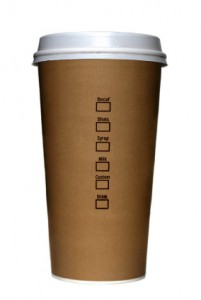 The Leadership Caffeine™ series is intended to make you think and act.

I had the great honor of delivering two leadership workshops at the Alabama Jail Association Annual Conference recently, and the experience was for me, fascinating, humbling and incredibly educational. (Yes, teachers do learn from students and instructors from participants!)

I wasn’t certain what to expect from this audience heading into the program. I didn’t know this crowd. In fact, as I remarked to the group, I had successfully managed to avoid meeting them my entire life. Also, beyond a few corporate settings that felt like war zones, I had not spent a great deal of time with individuals immersed daily in dangerous settings.

As it turned out, the audiences in the two programs were fantastic! They were hungry for ideas and insights on strengthening as leaders and they were more active and engaged than most corporate groups I’ve worked with over the years. They worked hard on the cases and activities and they generously shared the challenges of their environment as we discussed ideas and approaches to strengthening leadership effectiveness.

Early in the program, we ran a breakout activity where I asked the participants to share stories in small groups about the individual they point to as the leadership role models in their lives. Digging deeper, I asked them to discuss what it was their role model did that had such a profound influence on them and others. I requested they pick one story from their small group to share with the larger audience. And to a group, they shared stories with identical themes.

The role models were either current or former senior officers from the corrections environment. They inspired by leading by example, living and working by a clear code of values, holding themselves and others accountable for fairness and excellence and to a person, caring deeply about their team members.

One example of a number of the officers turned out to be the mother of another participant in the workshop. To listen to others describe the impact she had as a leader on so many present was visibly humbling for the son.

I listened and soaked up the great stories, and as the participants described the realities of their difficult working environment, it was clear to me that the great skill of effective leaders in dangerous settings was the ability to create a leadership and performance environment that transcended the physical setting and dangerous circumstances.

As part of my preparation for the program, I spent a good deal of time catching up on the leadership studies and stories from dangerous settings. Sadly, we have all too much recent data on this topic, mostly beginning with the reporting of the heroics of the law and fire officials during 9/11 and certainly from the wars in Iraq and Afghanistan.

The studies showcase consistent behaviors that define effective leadership in dangerous settings, including:

The consistent display of these behaviors contributes to forming a working environment that transcends the physical setting. While the audience was quick to highlight the flaws and challenges in their workplaces, they were visibly proud of their membership and of their team members. For all of us operating in the relative safety of corporate walls, there’s more than a few powerful lessons on leading we can gain from those operating in harm’s way. The first lesson is humility.

Effective leaders create the environment for success regardless of physical surroundings. Their behaviors transcend the dangers, and the tough circumstances create the bonds that build trust and loyalty and promote performance. And yet again, we hear that the impact of an effective leader has a ripple effect that transcends the years and generations. If you’re looking for a leadership example to model your own behaviors, perhaps it’s time to look to those leading in harm’s way for a meaningful example.