The Millennial View: Fixing Our Shortcomings 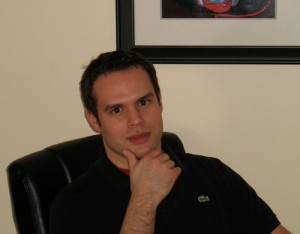 Note from Art: Eric Rodriguez is the voice of The Millennial View here at Management Excellence. His periodic posts offer insights from early career professionals seeking to navigate their way through this challenging world.

Nobody is perfect and everyone has a deficiency. It doesn’t matter how good we think we are at something or how much success we’ve had, everyone has an area they can improve.

A friend of mine experienced this lesson a couple of weeks ago; she was on a second interview and felt confident she would get the position. But then something unexpected happened. My friend who was self taught in graphic arts software, failed the company’s graphic arts test.

She later found out through the interviewer that the exam was the reason why she didn’t land the job. She was upset, but she resolved to overcome this shortcoming. Less than one week after the interview she enrolled in a graphics arts class at the local community college.

“I need to fix this, I want to be ready for my next interview that will lead to my new career,” she told me.

One of the blessings of failure is that it shows us the areas we need to improve. It can be painful, especially when our failure results in not getting a job or promotion, but because of failure we see where we need improvement.

Attitude About Failure is Everything:

Obviously not everyone takes rejection or shortcomings the right way.

Some people get defensive, point out why they think the critic is wrong, ignore the deficiency and continue to operate with their errors intact. Other people accept that they need to make improvements, discover how their shortcoming can be improved, and then they take steps to fix it.

Taking action could mean joining a networking group, attending a speech club to improve public speaking skills, finding out how to use social media, going back to school to earn another degree, or fixing the slice on a golf swing. Instead of begrudging our shortcomings we should embrace the fact that we need to make changes or learn something new to succeed.

Some of the most successful people have had to improve their deficiencies to achieve greatness. Michael Jordan worked countless hours on his jump shot after he got cut from his high school basketball team, Margaret Thatcher hired a voice training coach to improve her public speaking skills, and Henry Ford made many changes to his prototypes before he produced the Model T.

These efforts to fix a shortcoming resulted in six championship rings, becoming a key figure in ending the Cold War, and mass producing the first automobile. Imagine what would have happened if these people didn’t improve their errors – we may not be talking about them today and their accomplishments would be sorely missed.

Success can be tied to not giving up, but it should also be attributed to people who step out of their comfort zone and work on their shortcomings. These improvements can be applied to our careers and our personal lives.

It should also be noted that learning a new skill is a step to preparing for something great in the future, a promotion, a new career, or a significant personal accomplishment. The list and benefits go on, but when we make improvements good things happen to us and that is a great incentive to make changes or learn something new.

About the Author: Eric Rodriguez