A Fresh Voice on a Popular Topic: “Things I Wish I Knew When I Became a Leader” 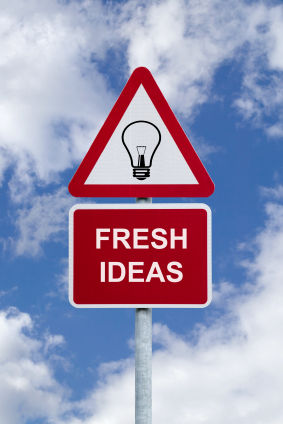 Note from Art: My recent post, “Things I Wish Someone Would Have Told Me When I Became a Leader,” seemed to strike a familiar chord for many.  I’m thrilled that it struck a chord for someone that I’ve invited to guest post for quite awhile and until now, couldn’t quite convince to put pen to paper.  A good colleague and friend, Joe Zurawski, joins us today with his thoughts on early leadership missteps and lessons learned the hard way.

I’ve known Joe for a dozen years over several organizations now, and he’s come a million miles from the first-time leader described in this post.  Joe is a first-rate leader and mentor as well as an outstanding technology and business strategist with a great marketing mind.  He’s the complete package.  I’m hoping we can pry some more outstanding content out of Joe now that he’s come clean and shared his early leadership missteps and lessons learned.  Joe’s contact and bio info are at the end of the post.

That’s what “Bob” shouted at me at an after work social function after a few beverages. I was stunned; I thought I had been doing a great job being a leader for our newly formed business unit. What was he talking about? Uh, I think there is something somebody should have told me about how to lead when I took this position….

The instance above was shortly after I met Art and we had many conversations on what I needed to do to grow into my leadership position (Art was in a different group at time and became my leadership mentor).

Here’s the situation: After earning my MBA, I joined a large management consulting firm during the heyday of process reengineering in the mid-90’s. The one skill everyone learned was team/group facilitation.

I became very experienced at leading a group through a change process: you served things up in a certain order, let the group digest the concepts and help them see the changes they need to make. The idea was they would take more ownership of the solution because they were the ones that eventually came up with it. Hey, there’s nothing to managing and leading!

After leaving consulting and joining an electronics hardware manufacturing company, a new President formed business units for the first time and I was offered the leadership position for the OEM unit. I was the acting general manager and responsible for leading this team, with direct responsibility for marketing and product management, and indirect responsibility for engineering, finance, quality, and manufacturing.

As a team, we needed to form a strategy, set-up our P&L’s, and create an operating cadence with quarterly reports to the President and senior staff. “Should be just like running an engagement”, I thought, “just lay it out there and they’ll run with it.”

And that’s exactly where the problems started: I acted like a facilitator. My “leadership” style was to ask a lot of questions of the group and assume they would develop the answers. Except they didn’t.

The team had no idea what I was doing or attempting to do. We didn’t make progress and our team meetings were starting to get contentious. Uh, this never happened before and I don’t know what to do!

Bob’s “start leading” comment, and his follow on “tell us where we need to go and what we need to do” really hit home. After sharing the experience with Art and with the company President, they helped me come around to what leadership really means.

Here are the things I wish I would have known in that first leadership role:

Learning to lead with no up-front guidance was difficult for me. While we eventually came around and had solid results, it was a longer and more difficult path than was necessary.

If you are headed for a leadership role, do yourself a favor and do some homework (like reading Art’s book), adjust your style and monitor how people are reacting to you.  And don’t forget to ask for feedback from your boss, from your team members and from peers.  Last and not least, it is a great help to have a mentor/friend lined up to keep you on track.

About Joe Zurawski: Joe is a strategy and innovation executive  with a career that has spanned strategy development and execution, whole lifecycle product innovation and management, demand generation marketing, and global alliances.  He has worked in electronics companies (including Motorola), software (Firstlogic/Business Objects, SPSS), and spent several years in management consulting at Ernst & Young. You can reach Joe at [email protected].

Page load link
Enter your name and email and get the weekly newsletter... it's FREE!