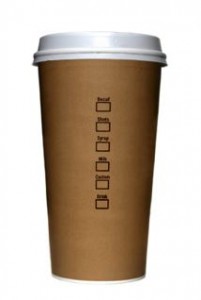 Overheard: “I don’t have the stomach for the political games around here.”

1. You ignore organizational politics at your own peril.

2. You engage in the politics of your organization at your own peril.

3. All organizations are political.

Wherever humans are involved, some form of what we reference as politics will emerge and dramatically influence how work gets done, who does what work and how people advance.

Much of the leadership and management writing in books and on blogs tends to ignore the political environment of the organization, yet it is the leader’s or manager’s ability to understand, adapt to and ultimately guide the political discourse that determines how successful he/she will be.

Taking Some of the Dirty out of Politics:

Much like the notion of “pursuing power,” the idea of “playing politics” conjures up dirty images of questionable behind-the-scenes machinations and a vision of toes or faces being stepped on by those engaged in a series of less than noble games.  And while those environments exist, it’s been my experience that the political environment in most firms is a bit more collegial than the television-type drama we often associate with organizational politics. Having said that, don’t confuse collegial with noble or even nice.

It’s important for all of us to tune-in to the political environment of our organizations and learn the unwritten rules of success. The four ideas below were prompted by my observations while running a long-term project inside a very successful and aggressive large company.

4 Ideas for Effectively and Cleanly Engaging in Your Organization’s Politics:

1. Study and learn how decisions are really made in your organization. While you might assume that decisions flow from hierarchy, more often than not there’s an informal decision-making process that occurs somewhere other than at the highest points on the organizational chart.  Top-level approval might be required somewhere along the way, but most projects, resource decisions and spending decisions occur elsewhere. In the case of my client, no one person typically holds Yea or Nay decision rights.  While this ambiguity is at first a bit disconcerting, once you plug into the culture, you realize that the “Networking” and “Give to Get” approaches described below heavily influence decision-making.

2. Follow the fast-trackers. Assess what’s important to the most visible and aggressive climbers, and you gain valuable insight into the political environment.

Whether there’s a fast-track or not in your organization, some people are moving faster than others. Pay attention to how these people work and cultivate an understanding of what’s important to them in terms of support, visibility, involvement and information.  Your knowledge of who these fast-trackers are and what’s important to them will help you engage in the political discourse from an informed perspective. 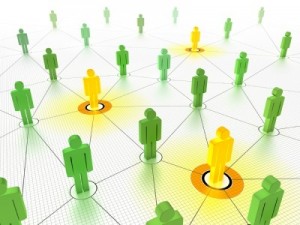 3. Learn to be a network connector. The importance of cultivating a strong internal network is a major issue in most organizations, and especially so in larger firms. In my client’s case, personal network strength equals power, and the pursuit of connecting is part of everyone’s daily routine. While my initial reaction was to be concerned over the massive investment in time that goes into this overt bridge building, I learned that the pursuit of being connected to the power-brokers and fast-trackers was a core part of the organization’s communication flows.  The talk is typically laser focused on improving the business, although the individual motivation to gain sponsorship and support for an idea (thus potentially gaining resources, visibility and budget) is a visible driver for all to see. To the most persuasive go the spoils of responsibility.   It might not be perfect, but it is perfectly clear.

4. Give to get: more lessons from my networking-obsessed client company above. The rules for connecting typically involve bringing something of value to the relationship. Talk is nice, but ideas are the coin of the realm, and actionable big ideas the gold. The most successful networkers are those bringing actionable ideas to solve big problems.  To the firm’s credit, there’s a huge appetite for consuming big ideas and, those moving ahead and gaining more responsibility (and power) are the ones who are most successful in gaining sponsorship for their ideas.

The big ideas are golden, however, people actively trade in other denominations of political currency, including invitations for involvement, opportunities for visibility and the provision of resources, including budget and gray-matter.

While the notion of “office politics” is often perceived as less than clean, all four of the ideas above are hygienic and healthy.   Cultivating an understanding the flow of and currency of power in your organization is simply part of learning how to get things done.  Engaging in the process is table-stakes for success.  Of course, we all have the choice to engage above-board and for the right reasons or, we can use the same knowledge and system to assert ourselves by stepping on and over others. Make the right choice in how you will participate and be on the lookout for those who choose the seamy side of the political process.