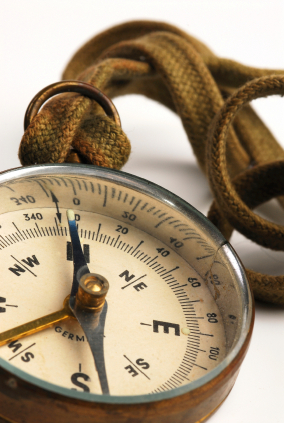 I talk with a great number of leaders at various levels and stages of their careers about their own experiences in “becoming a leader,” and I’m constantly fascinated by their start-up stories.

Fascinated, that is, the way many drive past a car wreck. Shocked and curious at the same time.

Many describe their initial promotion into a formal supervisory role as one of “time, place, and opportunity.” Someone left or was fired and the manager needed help and offered a battlefield promotion.

An overwhelming majority of this “Opportunistic” crowd, describe their first leadership experience as horrendous. Several used the term “nightmare” to communicate the essence of that experience.

Another group I call the “Fast Trackers.” These individuals indicate actively pursuing promotion into a leadership role in the drive to increase earnings and gain entrance to the “fast track” in their organizations.

A follow-on question for this speedy group highlights that many of the individuals report working in environments where the “system” required you to lead others and manage budgets in order to earn higher job grades and compensation.

Similar to the “Opportunistic” group, the reflections of the “Fast Trackers” on that early experience are often less than happy.

“We Select Randomly and Try to Train Our Way Out of the Problem!”

Most report getting some training as part of the promotion, but few describe being part of anything formal or informal that helped them (and their managers) assess whether leadership was a good fit.

Talk about a breakdown in the quality system! It’s no secret that the costs are high when we put the wrong people in roles that they are ill suited for…especially leadership roles. Everyone suffers, including the errant leader, the team being poorly led, the manager that mishandled this promotion, internal and external customers and the broader organization.

And yet, we do this over and over again.

Training after promotion is no substitution and no cure-all for poor selection!

A simple solution is for the manager to ensure that he/she is looking for and talking to prospective first-time leaders about the role, and importantly, providing them low-risk opportunities to try it on for size before buying.

One of my favorite examples comes from the world of software development, where people tend to become software developers because they are creative and want to ply their creative talents in this exciting and ever-changing medium.

Leading others is rarely (if ever) the motivation for becoming a software developer, and as a consequence, large technical teams struggle to develop leadership bench strength. It’s common for an experienced developer to find himself/herself thrust into a management role, more out seniority than anything that resembles desire or capability. The consequences are often as expected.

This Manager Gets It!

One creative Group Director recognized this as one of her core challenges and set about actively identifying those on her team that seemed to do well in helping groups solve problems and identify and implement improvements. She talked with these individuals about career aspirations, raised the “L” word, and for those interested, she collaborated in designing some informal opportunities to get a feel for the work and role of a leader.

What I loved about her approach was how she started small and based on observation and expressions of continued interest from the aspiring professional, she would ratchet up the informal leadership challenges to provide more experience and exposure and more time for observation and coaching.

Her stepped approach might include having the individual help organize the department’s quarterly meeting and then later chair a problem-solving team. Again, if the results were positive and interest remained, she would provide a capstone challenge such as leading a strategic development team as an informal leader (project manager).

At the end of this period of leadership exploration, and based on feedback from many parties, she would work with the aspiring leader on creating a forward looking development plan, schedule formal training and begin the movement into the first official leadership role.

Of course, at that point, her job as a mentor and coach was just starting, but that’s a topic for another post.

The manager in that very real anecdote understood the benefits of getting leadership identification right and the costs of mucking it up. She created and managed that program without the benefit of a formal company-mentoring program, and she didn’t use training as the crutch of the lazy manager. The idea of promoting first and training later was not something this manager would ever consider.

Exploration before promotion. Try it and let’s break the back of our propensity to make the same leadership identification and development mistakes over and over again.